The Quest for Victory Continues 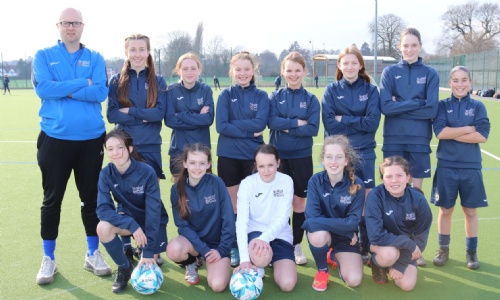 Stratford upon Avon School’s Under 13 girls did it again! After a tense match with Wilmslow High School the position after extra time was a nail biting 3-3. With it being the quarter finals of the English Schools Playstation Cup for Girls, the match had to be decided so it went to penalties in a real stomach churning moment. The Stratford Team hit every penalty and when the Wilmslow high player missed, they knew they had a chance. The final penalty was scored in true style by the team captain, Clara, and the celebrating began!

Their coach Paul Turrell said “The girls battled and fought incredibly well in challenging conditions and on poor playing surface having faced substantial travel beforehand to get to the game. They worked well to manage both the conditions and the pitch and made Some key in game management decisions at the right times. To achieve our 5th national semi final in the last ten years with 3 completely different teams is nothing short of phenomenal and I’m incredibly proud to be associated with the team as the coach and manager!!!”